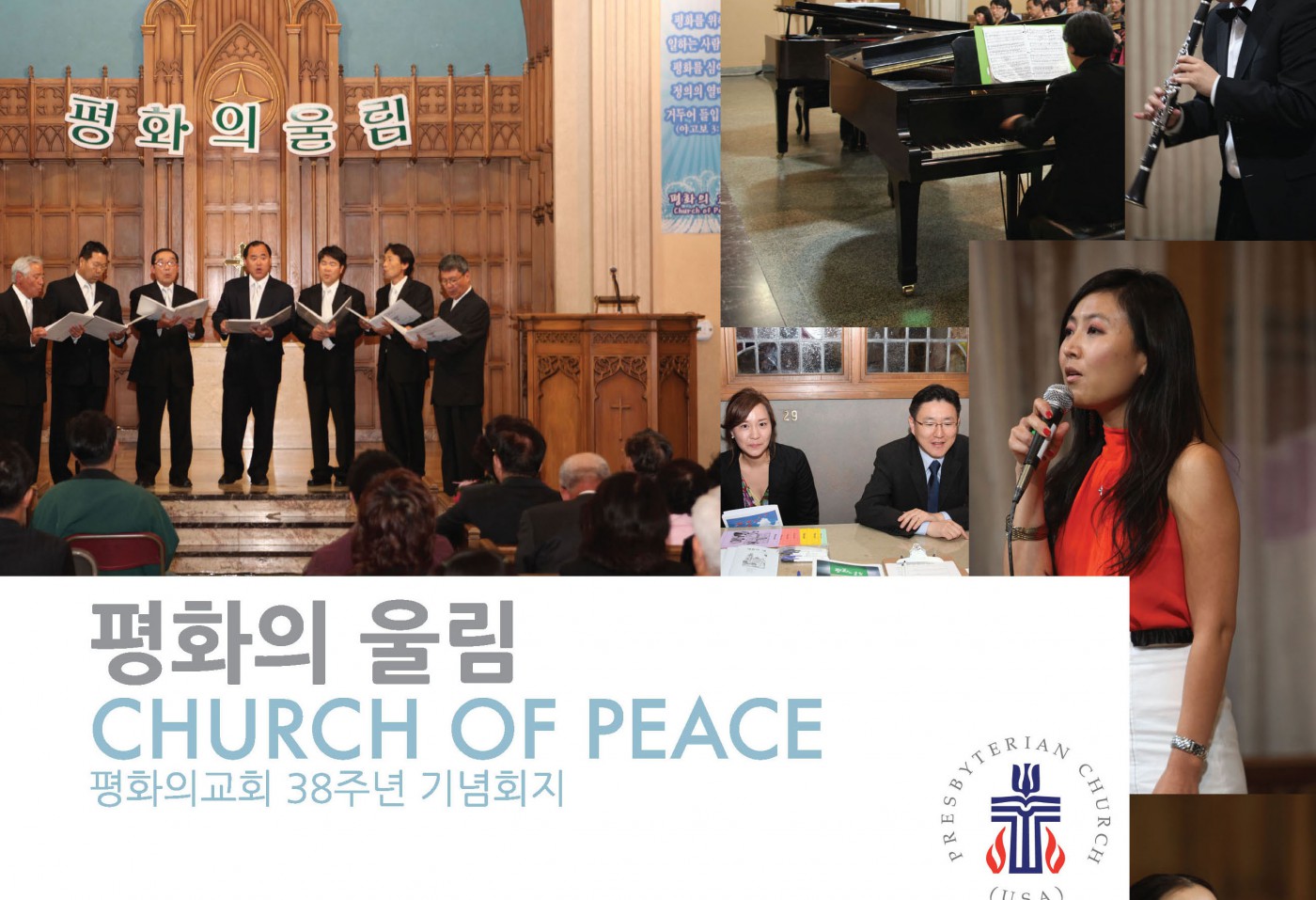 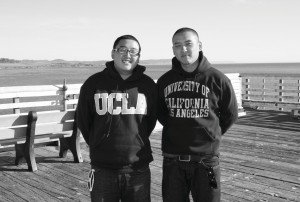 A quick search on Google Maps yields countless education centers, SAT preparation centers in the Los Angeles area. A search for “hagwon” in Korean yields an incredible 412 results in the Los Angeles area. I myself have attended no less than 3 different institutions and find it safe to say from my experience, that I have never seen a white student at one of these institutions before. From a survey I distributed to 59 juniors at Granada Hills Charter High School (Los Angeles County), 16 of the 20 Asian American students, 10 of the 26 white students, none of the 4 African American students, and 1 of the 9 Hispanic students currently attends or ever attended an education academy. Of course, this is a very small sample size, but to get an accurate as possible portrayal, all the students were in the same AP US History class. A quick survey of UCLA students produced similar results. Of the 20 Asian American students surveyed, all of them attended some sort of education center. Whereas out of the 20 students of all races except Asian, only 9 attended some sort of education center. Asian American students generally seem to be more dependent on such institutions compared to white students. Although the non-Asian, American community does have institutions such as Kaplan, these are geared more towards helping those who are having trouble meeting the average, rather than helping those trying to exceed the average. This trend in educational approach is something that is very much prevalent in Asian American students’ lives as soon as they are in elementary school. Due to the emphatic value placed on education, Asian Americans, just like their counterparts in Asia, drill the concept of studying diligently as much as possible from a young age. Many of my friends and I have worked part time as tutors or teachers at institutions geared for students from grades K-12. I have seen kids as young as 7 come into these centers pushed by their parents to do math and English packets. There have been middle school students already studying for the SAT and various AP tests. The students’ intentions were not purely self-motivational. Needless to say, there will always be students who are striving for perfection academically from an early age but many of these students were pushed, if not forced, to attend these institutions.

Asian Americans are very keen on the subject of saving face. In virtually all Asian cultures, image and reputation are very important in society and community. The fear of failure drives many Asian American parents and students to these education centers. This can be perceived in a both negative and positive light. It can obviously be positive because education is always important. Although Asians and Asian Americans may take it to an extreme in terms of importance placed on education, it would be hard to find a culture that does not believe in the importance of education. In this perspective, Asian Americans are trying to do as much as possible in order to ensure their children’s academic success. The negative aspect of this is that the students are being too guided towards academics only. Instead of focusing on a more holistic approach, Asian American parents often tend to focus only on the academics. The stereotype of Asian students only being shy, quiet bookworms, emerged for a reason. Looking through Granada Hills High School’s yearbooks (my alma high school), the numbers are always similar. In a school, where Asian Americans, especially Korean Americans, given the ethnic makeup of the Granada Hills/Northridge (Granada Hills High School’s home neighborhoods), make up a sizable part of the school, not many Asian Americans can be seen in extracurricular groups. The presence of Asian Americans is minimal in extracurricular activities such as the football, basketball, baseball, wrestling, etc., while in the more stereotypically Asian activities such as band/orchestra, academic decathlon team, ASB, etc., more Asian American students can be seen. However, there is no correlation between the activities and the level of school a student went to. The so-called “jocks” didn’t all go to the local California State University Northridge and not all the “nerds” went to prestigious schools. Asian American students I personally know went on to various top-level colleges, University of Chicago for one, without the help of education centers. Likewise, many Asian American students who did attend education centers, SAT prep, etc., also did end up going to prestigious universities such as University of Pennsylvania. These may be outliers considering the rigorous level of selection at these top universities, but the same can be said for other schools. For example, out of 5 Asian American students who attended Granada Hills Charter High School and now attend University of California Irvine, 3 attended an education center while the other 2 did not. One, DL (pseudonym), was accepted into UC Irvine without the help of education centers and was one of the rare Asian Americans on the varsity football team. The other, CC, was also an athlete, on varsity track and field, and also did not seek the help of education centers. The 3 who did attend education centers, however, were not active in many extracurricular activities and focused solely on academics. This kind of disparity is similar to when Asian American students as a whole are compared to white students.

With the emergence of the “Tiger Mom,” Amy Chua, and her hard parenting ways, the spotlight is now on Asian Americans and academics than ever before. The so-called “Tiger Mom” approach is one all too familiar to many Asian American students. Every Asian American student has his or her battle stories. The stereotypical jokes about the different grading scales for Asian parents (i.e. A is Acceptable, B is Bad, C is Crap) were not often too far from the truth. In an excerpt from her book, “Battle Hymn of the Tiger Mother,” Chua writes,
“If a Chinese child gets a B—which would never happen—there would first be a screaming, hair-tearing explosion. The devastated Chinese mother would then get dozens, maybe hundreds of practice tests and work through them with her child for as long as it takes to get the grade up to an A.”
This type of perspective and psyche is common amongst Asian American parents. However, where today’s Asian American community seems to be deviating is the fact that more and more of these education centers are emerging, and parents are letting these education centers take the role “Tiger Mom.” Chua also states, to her husband, “‘I’m willing to put in as long as it takes, and I’m happy to be the one hated. And you can be the one they adore because you make them pancakes and take them to Yankees games.’” From first hand experience as a tutor for elementary and middle school kids at an education center in Koreatown, I can see that Asian American parents are trying to fulfill the role of “the one they adore” while letting the education center take the role of “the one hated.” All parents would love to have their children be as successful as those of Chua’s. But as an Asian American, one cannot expect to yield the same results. The convergence of the Asian and American cultures calls for a balanced approach. Interviews I conducted with numerous Korean American students at UCLA, UCSD and the prestigious Troy High School in Fullerton conveyed the same message. While “Tiger Mom” may have been successful, it is not a surefire approach. Also, “Tiger Mom” did the dirty work, i.e. being the disliked one, while education centers are filling the role being the one hated. The problem with this is that students are not becoming self-dependent. They assume that the education centers will “train” them, to a certain extent, enough to do well on SATs, ACT, etc. Because this assumption is engrained into them at an early age, many find it difficult to become independent. This problem was also one of the many critiques of “Tiger Mom.” However, her daughter, Sophia Chua, wrote in response, “[Mom,] I think your strict parenting forced me to be more independent.” Therein lies the difference. Chua’s strict parenting forced her to be independent. In many cases of Asian American students today, the education center is taking this role. There is much research done on the concept of parents being their children’s first and most influential teacher. There are many proverbs and clichés to fill this idea. For instance, “lead by example” or a popular military proverb, “lead from the front.” As Sophia Chua’s experience serves as a prime example, she was able to become closer to her mother and achieve success because of the fact that it was her mother doing the pushing, not an external force. They weathered the turbulent times together and emerged stronger because of it. Hence, Sophia was able to be more self motivated and happy do study, practice piano, etc. because of the growing bond that came out of it.

Nobody can break these bonds