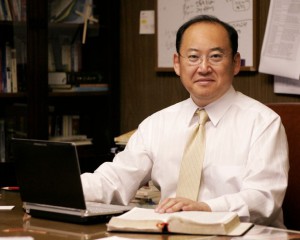 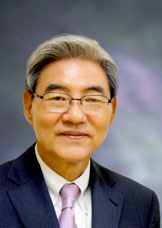 To the Reverend Kee Dae Kim and Elders and Members of Church of Peace: Thank you for offering an exciting afternoon of beautiful music in your music festival “Echoes of Peace:’ What an impressive and talented collection of musicians and choirs that will be featured at this event! I look forward to attending. Congratulations and God’s blessing on your ministry and this music festival.
– The Reverend Linda L. Culbertson, General Presbyter

Congratulations and thank you to the Church of Peace for offering so many ways for the community to know God’s peace. Music is a great way to unite all peoples and I applaud you–and all the musicians–for offering their gifts to the cause of peace， and the celebration of the Gospel. Blessings to you and your ministry. Working for peace,
– Rev. Wendy S. Tajima, Interim Stated Clerk/Associate General Presbyter, Presbytery of the Pacific

Church of Peace provides a prophetic witness in the heart of Koreatown through their congregation’s worship, music and service – Congratulations on Echoes of Peace Music Festival!,
– Rev. Elizabeth A. Gibbs Zehnder, Associate Pastor, Immanuel Presbyterian Church

Through community, worship, social outreach and beautiful music, the Church of Peace’s great contribution is that they bring a Korean Christian voice for justice and peace to Los Angeles.
– Jay Shin, Elder, Immanuel Presbyterian Church

There's a Sunshine in My Soul Today

There’s a Sunshine in My Soul Today

I'd Rather Have Jesus

I’d Rather Have Jesus

Simcheong-ga is one of the five surviving stories of the Korean pansori storytelling tradition. It is a story about a girl, Sim Cheong, and her father, Sim Hak-Gyu, who is called Sim-Bongsa(a blind person) by everyone. Sim-Bongsa is blind and to be cared for totally by his daughter Sim, Cheong. The story is filled with sadness, though humor enters occasionally to give balance:

Cheong’s mother dies at childbirth and her blind father is left with his daughter, who cares for him with the utmost sincerity and devotion. One day, Sim-Bongsa falls into a ditch but is rescued by a Buddhist monk who tells him that Buddha would restore his sight if he donated three hundred bags of rice to the temple. When Cheong learns that some sailors were offering any price for a virgin sacrifice, she offers herself for three hundred bags of rice. The sailors wanted to sacrifice a virgin to the Yongwang (the Dragon King of the Sea) in order to placate him to guarantee the safety of their merchant ships wherever they sailed.

After being tossed into the sea, she finds herself in the palace of the Dragon King of the Sea who, deeply moved by her filial piety, sends her back to earth wrapped in a lotus flower, which is carried to an emperor’s palace. The emperor falls in love with Cheong and makes her his empress. The empress later holds a great banquet for all the blind men of the kingdom with the hope that she would be able to find her father again. When Sim-Bongsa finally appears at the banquet, he is so shocked upon hearing his daughter’s voice again that his sight is suddenly regained.

(From the National Changguk Company of Korea)

The song within the story being performed tonight is Jut-dong-nyang, (literally, “begging for breast milk”) where early in the story, Sim-Bongsa roams town streets begging women for breast milk to feed baby Sim Cheon.

During the first stanza, sang to the rhythm of joong-muh-ri, Sim-Bongsa returns home after the funeral of Sim Cheong’s mother. Desperate at the situation, he stays up the entire night, swinging violently between losing temper blaming the mother’s death trying to Sim-Cheon, and trying console Sim-Cheong, promising her that he will seek breast milk at daybreak.

During the second stanza, sang to the rhythm of joong- joong-muh-ri, Sim-Bongsa holds Sim-Cheon on one hand, and goes to the town wells, riverbank cloth washing spots and sowing houses, to find town women and to ask them to provide breast milk for Sim-Cheong. The women come to his aid, and with a big smile, Sim-Bongsa thanks them and returns home after a day of walking around town.

Men’s Quartet at Church of Peace

Mens’ Quartet at Church of Peace