Our curiosity distinguishes us from animals. Of course, animal experiments show that monkeys and animals also have some degree of curiosity. New objects pique their interest.

But human curiosity is superior to that of animals. Humans have not only curiosity towards the material world, but also towards human themselves, and towards the spiritual. That makes us human.

Biologically, we are animals. It doesn’t matter where we stand on the creation vs evolution debate. Our bodies resemble those of other animals.

However, the nature of humankind ought to be found not in our biological features, but in that which is inherent to us which makes us human. When we see people who do seem to have lost their humankind-like nature, we call them “inhumane”.

What kind of person is an inhumane person? Is it because they look different from the rest? Or sport a different attire, or skin color? No. It’s when they have lost their human touch, that we call them “inhumane”.

We can’t say the same of animals. Expressions like “un-wolf-ly”, “un-tiger-ly”, “un-dog-ly”, are not in our vocabulary. This makes humans unique.

Humans have sought the Truth in various ways. Where did Socrates seek the Truth? He said, “Know Thyself”. He believed that self-understanding was essential to reaching the Truth.

The largest streams of philosophy and literature onwards have concerned themselves with finding themselves. It’s been a very long time since Socrates’, but some still seek the Truth.

A religion that takes on a similar approach is Buddhism. Buddhism is also about finding oneself. With a small twist. Buddhism says from the onset: “there’s no such thing as ‘oneself’. It’s nothingness”.

This is very hard to grasp. I do exist, but I’m taught that it doesn’t exist. People engage in lifelong self-flagellation and meditation to understand this teaching.

One may grow spiritually through self-flagellation and meditation, but all one achieves through it is simply coming back to the answers one already knew from the onset, or at worst, dying before even reaching that point.

In contrast, what does Christianity say about humankind? It defines humans as sinners. For the proud, modern man, a religion that starts right off the bat defining one as a sinner is a tough sell.

They ask, “why do I have to be a sinner? What did I do wrong?” However, let us think about this: aren’t we all sinners? Paul Ekman, a prominent research psychologist, found that an average person makes 200 lies a day.

Give it 8 hours of sleep, and it comes down to one lie every 4.8 minutes. A german person by the name of Jurgen Schmieder read about this research, and did a “Lies Fast” during Lent.

Not some light commitment a la “I shall not eat chocolates”, but abstaining from lying altogether. What he discovered, however, is that humans cannot live without lying. Lies are a minor sin, but sin regardless.

Some will defend themselves saying “Am I the only liar? Everyone lies, anyway”. But then, the person is actually committing a second sin. In addition to lying, they also committed

the sin of bringing along third parties to the person’s own sin. During medieval times, gluttony and anger were also considered sins. If you try to avoid these sins, you better be praying all day, without meeting anyone.

However, this is a sin too! For someone able to not be doing any meaningful work and staying closeted all day to avoid sin, is the sin of slothfulness.

What can we Christians say, then, when Socrates asks us to know ourselves?
We should respond, with confidence and some shame: “I know myself – I am a sinner”.

In Christianity, the next Truth after knowing ourselves is to know who it is that created us. When and where did my being begin? Who is it that created me, who made it possible for me stand here today?

Humankind has always asked this question when seeking the Truth. And we have found that it was God who created us. But the first human made a big mistake, and we lost our relationship with God. To restore this relationship, God sent Jesus Christ to earth.

Now people know that I am a sinner. We also know that God created us. We know two Truths, but these two truths do not seem to connect. What use is Truth when even two of them do not connect?

Enter Resurrection. Resurrection is the event that brings home the first Truth and second Truth. Humankind learned that it is a sinner, but cannot meet that who created them – because the gap is so large. This is not possible for humans.

So God intended to call upon us instead, but the sin was too large. In order to bridge this gap, God sacrifices Jesus. And with Jesus’ resurrection, we were once again able to meet with God. Truth met Truth. That is the essence of resurrection.

People may say that coming back from death is impossible. And that Christianity, a religion that relies on resurrection is not a religion to be taken seriously. Yes, this is difficult to believe. But let us think the other way around.

The all-powerful God could have saved humankind without Jesus’ resurrection. Would God have thought everyone would believe in resurrection without doubt? Of course God looked forward to the disbelief of the people towards resurrection.

Why had God to bring such a hard to believe event in history? Couldn’t they have made deals in heaven, among the powers-to-be, instead of creating an event on earth?

Everything we know, everything we believe in is limited by our sinful nature. God’s intent to make us realize of this truth is within the event of resurrection. We must deny ourselves, our knowledge, and our egoism.

We must go with Christ towards a the new Truth. That is the Truth of resurrection. God wanted to show us that there was no truth beyond what can be arrived through God.

What God wanted to show us through Jesus’ resurrection was a complete denial of self. Because humans grow through self-denial. Believing that what I know, what I believe in can become meaningless when at the presence of God’s eternal Truth – that is the core message of resurrection.

God may tell those stuck in self-righteousness this: “Why do you think I went through the trouble of denying the universal principle that death is irreversible?” Even God is teaching us, through self-denial, that reaching the Truth is self-denial.

God wants to transform these people – be it resurrection, or even more incredible miracles.
When Peter first met Jesus, he was a fisherman. In Luke 5, Peter was disappointed that he couldn’t fish anything all night. Jesus tells Peter to cast his net in deeper waters.

Peter obeys. Then he gets so much fish his net can barely stand its weight. We are familiar with PEter’s response to this miracle. He didn’t thank Jesus, saying “Thank you so much for making me rich Lord!”

Instead, Peter prostrated in front of Jesus, confessed his sins, tossed away the fish, and followed Jesus. He found himself. He found the first Truth. And then, in Matthews 16, he confesses Jesus Christ as the Son of God, and reaches the second Truth.

However, Peter failed are bridging the two truths, betraying Jesus and running away after denying Jesus thrice. But after meeting the resurrected Jesus, he became a transformed disciple. Now he could preach in the middle of Jerusalem, without fear.

Is Peter now in possession of the absolute Truth? No. He is told through visions to meet Cornelius, a Roman public servant. Peter had negative thoughts of gentiles. But upon meeting Cornelius, he was moved by his faith and human nature.

He says: “God does not look at the physical aspect.” He is circumspectly admitting that Peter himself DID look at peoples’ physical appearances. In other words, he did focus on the animal nature of the people.

He has found the Truth of resurrection, but he was caged in his own world. He also thought that the Israelites were the sole object of salvation, but realized gentiles could be saved to, overcoming his nationalistic prejudices.

And Peter confessed his resurrection based faith. Even Peter, who had already met the risen Lord, was just now understanding the meaning of Resurrection by little steps.

Among our young church members, some may have difficulty believing in resurrection. I will not force them to believe. However, I’d like us to ponder over this:
“What could God have wanted us to realize through this supernatural deed?”

The answer is: the Lord wants us to live a life where we seek the Truth through self-denial, in Christ. It’s about learning through resurrection that my faith’s depth, my knowledge’s depth, my life’s depth is not at a completed stage,

but rather it is walking together with the Lord and be transformed with it, and learn things anew and humble ourselves.

However, humans are by nature proud beings, and it’s hard for us to recognize our incompleteness. In that spirit, our theme for today’s Easter is this: “Why did God through the trouble?”

I pray that we may find joy in walking by little steps towards the Truth in this day we celebrate Christ’s resurrection. 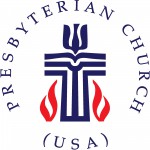